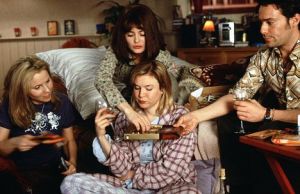 When it comes to successful relationships I guess getting any potential beau approved by one’s friends is quite important. After all, these are the people that know you best. They know your crazy side and are able to tolerate it. They’ve held your hair back as you’ve been rather unwell after drinking copious amounts of alcohol. And most importantly they are the people that are there to wipe away your tears and pick you up off the ground (literally) when the douche bag eventually breaks your heart.

However, when it comes to the early stages of a relationship does the involvement (read interference) of your buddies have the potential to do more harm than good? For instance, let’s rewind back to the days when I was a Tinder virgin and a so called friend decided to educate me on the art of swiping by matching me with a one blond haired, blue-eyed German (who was then unfairly referred to as ‘The Nazi’). Another ‘friend’ subsequently decided that an appropriate ice-breaker would be to ask ‘The Nazi’ what his grandfather did during WWII. Thankfully, this guy had a good sense of humour and replied with a pretty amusing story which won him a date with yours truly…but seriously it could have been much worse.

How about when your friends mistakenly think you don’t fancy a guy but you secretly do. After a couple of bottles of champagne these loud-mouth idiots decide to tell this potential suitor that he should ensure he has protection in case the night gets out of hand. The poor guy was under the impression that the outing was purely platonic so BOOM that’s the end of what could have been your happily-ever-after. Thank you friends.

Obviously, in the age of internet dating, it is important to put safety first and let your buddies know exactly where you are going and with whom (if you have really clever friends like I do they will even Google the guy and provide you with his full career history before you embark on any romantic adventure). But then there is always the risk that you’ll spend the whole date messaging your team of protectors instead of actually getting to know the dude, which could be a problem. That being said, if the guy has good game (most likely because he is a Brit and not your average Capetonian), he’ll snatch your phone from you and reply to your buddies telling them that all objectives have been achieved and they should focus on their own love lives instead of being so nosey.

And finally, there is that glorious thing known as ‘The Debrief’. You’ve been on this ever so exciting first date and quite frankly you are a bit smitten. It’s the morning after the night before and you meet up with you Circle of Swipers to discuss the date. Your head is in the clouds, there is a smile on your dial and your dreaming of sailing into the sunset… and then your friends bring you back down to earth with a huge thud by speculating on whether the guy has a wife, questioning why a man of such an age is still single, over-analysing every minute detail of your date and highlighting why it really wasn’t everything you initially thought.

So tell me dearest readers…how important is it for your any future boyfriend/girlfriend to get the friendship seal of approval or can our buddies (even when they really do have your best interests at heart) potentially sabotage our attempts to find true love? How important are they when it comes to pointing out the red flags in your relationships?