5 Golden Rules for Breaking Up With Decency 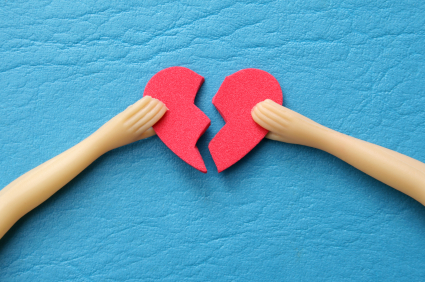 As they say in that famous ABBA song : ‘Breaking up in never easy…’ Whether it’s your first love, a fiancé, or that person you thought was your BFF but went all SWF on you, ending any meaningful (not a one-night stand/two tinder date) relationship is a pretty grim task.

There are times when the break-up is out of your hands entirely, the other party makes the decision to cease relations (or cheats) thereby leaving you a powerless dumpee. In other cases, it could be a mutual thing where you and your significant other have battled to make things work but are unable to overcome fundamental differences therefore decide to cut your losses. And then there’s that final scenario where you find yourself unsatisfied while the other person is oblivious to these doubts and is happily plodding away in a fairytale land.

Regardless of the situation, I think there are certain golden rules that all decent human beings should bear in mind when ending things:

This is easier said than done but I think there is a balance between not being a quitter/giving things a fair chance and knowing when something is just too broken to be fixed. Don’t let your doubts fester for too long, once you’ve figured that the relationship has no future, be brave and make a clean break (please avoid the Ross-and-Rachel style ‘on a break’ scenario that lasts a couple of years)

It may seem easier to stay in a bad relationship than go through the stress of a break-up, but these things have a habit of catching up with you and the longer you leave it the worse the consequences are likely to be (and remember for the ladies, at least, biological clocks are tick-tocking).

2. Don’t let them be the last to know

When things are going wrong in our lives (and relationships) it’s normal to confide in our nearest and dearest. While it’s OK to get advice from our friends, make sure the people you tell can be trusted. Once you’ve made the decision to end things be brave enough to tell your significant other yourself without leaving it to a third party (or your Mother – true story!) to do the dirty work. Being dumped is bad enough, but finding out secondhand is beyond humiliating.

While we are becoming more and more accustomed to using digital tools to find love, it’s NEVER OK to dump a person by SMS, WhatsApp, Facebook or email (and don’t use the excuse that you are just more articulate in writing). Don’t be spineless and hide behind technology. If there was ever a semblance of love or respect in the relationship, they deserve to be told in person. This also gives them option to scream, cry or throw rocks at you, whatever is needed to make them feel better. If you are going to break someone’s heart be willing to deal with the consequences.

4. Don’t cheat your way out

OK, so we live in the Ashley Madison era and when a relationship is on the rocks, our eyes may naturally wander as we picture a better life with a new improved specimen. But don’t act on these thoughts to give your significant other an excuse to end things, just because you are to weak to do it yourself.  And then bear in mind that the grass is not always greener – that sparkly new person may just turn out to be a sheep in wolves clothing and running into their arms may end up being the biggest mistake of your life. So end things decently, and wait a while till you are thinking clearly before making your next move.

If you are going to break a person’s heart at least do it with some originality. Telling them ‘it’s not you, it’s me’, ‘you deserve better’, ‘you’re a nice guy/girl but…’ or ‘we just work better as friends’ is not going to cut it. Before you end things, actually put some thought into what you are going to say, be honest but tactful. That way, at least somewhere down the line, the other person can look back and possibly remember you fondly, rather than as the douche bag that dumped them with a line from a rubbish movie.

Now dear rinsers, give us YOUR insights into break-up etiquette. What are the best/worse ways to end a relationship?