The Curse of the Alpha Female 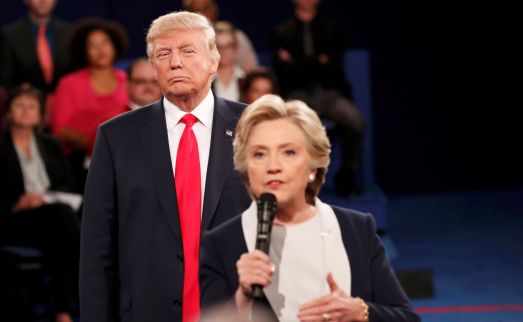 Let me start by saying that I still have faith that in the world of Donald Trump there are still a lots of decent guys that don’t need sexually assault us to make themselves feel like BIG MEN. However, I do feel one of the biggest things that recent political developments has shown us that the world isn’t all that fond of powerful women (or in the case of the UK – they only want a chick in charge when it comes to clearing up the mess created by the BIG MEN). In today’s post I want to talk about the Curse of the Alpha Female aka the problems of being a 21st century woman who is capable of holding her own with the boys.

First things first. Yes, woman fought tirelessly to gain equal rights to men in terms of things like education and suffrage. But in some ways woman were also forced to become more powerful because they had no other option but to step up in a world full of deadbeat dads,  and generally useless men. So lets get things straight – the Alpha Female doesn’t wear the trousers in the relationship because she necessarily wants to, in most cases its because she has to.

We all know that the fairer sex is the brighter as well with numbers of women pursuing and completing higher education outnumbering men quite dramatically (in the Western world). You’d think having an education and providing your date with stimulating conversation would be a good thing but the truth is often men end up feeling emasculated by intelligent/career-driven women – you’ll often find them yawning and trying to change the subject away from politics and conversations about the meaning of life and more towards football, 9/11 conspiracy theories or their favourite sexual positions (be warned they’ll try to dress

it up as banter but its NOT!).

OKCupid did this analysis and they found that the women that got the most attention were Asians (‘Chinese’/ ‘Indian’ looking). Why? Well, apparently these women are seen as more likely to be subservient. For some reason, this little stat got stuck in my head and now whenever a guy tells me he has a thing for ‘Indian’ chicks I feel like pewking in my mouth. For what it’s worth, this ‘Indian’ chick hails from the East End of London and my Brit upbringing means that they’ll be in for a surprise if they are looking for submissive. Like myself, there are lots of liberated young women these days who (unless they’ve already lost the will to live thanks to a meeting with the dude’s mummy) aren’t going to sit silently and smile while some guy spews his bigoted views on her.  But sadly ladies, apparently having a mind of your own isn’t going to necessarily bag you that man!

Even those of us who don’t consider ourselves to be raging feminists still probably exhibit certain attributes of an Alpha Female and that’s probably why dating has become such a chore. Womankind as a whole is becoming stronger and more independent. Most of us are no longer reliant on our fathers or husbands and as such aren’t willing to pander to the needs of some bloke or worry about denting their fragile egos. For most women, a successful guy who is passionate about what he does is attractive and you’d think the same should be the same in reverse. A strong woman it seems has the power to emasculate most of the guys.

So, the solution to this dating problem. Well luckily, the Alpha Female is a tenacious character and of course there are a few that’ll resign them to spinsterhood but most of us know better than to give up on things, including the search for the right partner. Thankfully, there are still some good men out there that are comfortable enough in their own skin not to be intimidated by a woman’s success but instead are drawn to that independent spirit. So the key here is not toning yourself down or downplaying your achievements in order to get the guy but to look for someone who encourages you to continue to achieve great things instead of feeling threatened. It’s also important to remember that ‘success’ and ‘intelligence’ are relative terms and mean different things to different people and relationships aren’t a competition. Maybe one person earns more money or has more PhDs than another  but that doesn’t make them any better equipped to deal with the challenges that the world throws their way and once your get past all the superficiality what we may actually need is someone who is able to complement our skills set rather than being our mirror image.

Alrighty Rinsers. Over to you. What are your thoughts on Alpha Females? Are you a strong, independent, successful woman  who has experienced issues when it comes to dating because of your achievements? Guys, do you find woman that may be more successful/’intelligent’ than you intimidating or attractive?