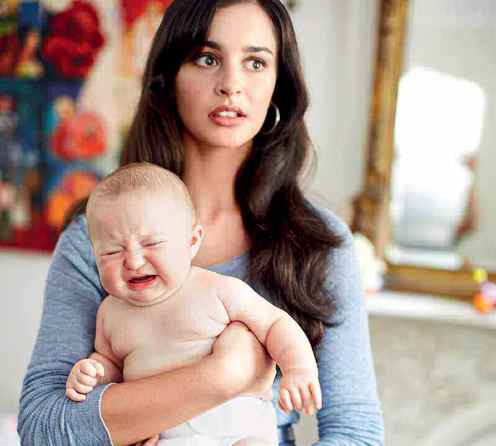 We all understand that there is an appropriate time and place to voice our personal, somewhat un-PC, opinions. Revealing you are a raging racist at your workplace won’t go down so well for most people. In fact, unless you are the President of the U.S of A, you’ll probably end up being fired for making such discriminatory comment on a public forum. However, there are also instances where I feel people not only have a right but, a duty, to be unapologetically honest about their feelings on important issues. One such place where we should feel free to say it as it is without fear of the repercussions (although inevitably there will be) is in our PERSONAL love lives.

Let me start with a little story for you. So after nearly 2 years roaming the tinderverse (and some wise words from #zlotybaby) I’ve attempted to take my own dating deal breakers more seriously. No longer do these important non-negotiable simply exist in the archives of my mind where they can conveniently sidelined when the next smoking hot member of #teamgod walks into my life. I finally decided to take accountability by putting pen to paper and declaring my deal breakers to the outside world on MY dating profile.

Sure, I understand there is a risk I may miss out some great experiences by openly ruling out any interaction with men over 30 who live at home with their mums, those with children and right wing bigots but this is a risk I am willing to take. Time is precious, especially for 30 something girl who is constantly being reminded of that ticking biological clock. In fact, I think everyone’s time is precious and I don’t intend of wasting years stuck in unsatisfactory relationships to find out somewhere down the line that the guy I’ve fallen for never intends on doing a job in his life because he is only after finding himself an Alpha Female or that he wants his children to go church every Sunday!

Sadly, not everyone appreciates my new honest approach to my deal breakers. For example, there was this one douche bag who started a conversation with me. It was going fairly well (well, anything that doesn’t begin with DTF is good these days) until he asked whether I would consider backtracking on one of my deal breakers. In hindsight, I should simply responded with a NO! But my slightly softer, more reasonable side asked him which one. He then went on to tell me about these kids he had spawned his reckless youth. Ugh. I eventually told him (what was already clearly written on my profile) that I was too young to play the evil step mum. He subsequently lost it with me saying that with my gummy smile (#gumsforday was the actual hashtag he used) it was no wonder I was still single. Talk about being a sore loser!

The thing I find is that people often want to make you feel guilty for having strong opinions whether it is about charitable giving or dating baby daddies. The thing is I don’t hate little people (well, maybe some of them!) and I have friends with children who I totally love for their cuddles (and the fact that I can pass them back to mummy when they start crying) and sure one day I might even pop out little brats of my own. But I also have the right to say I don’t want to take on the burden of somebody else’s progeny. Of course, there are those that will judge me and say I’m selfish but I’d rather that than fast forward 10 years and be dealing with a stroppy teenager reminding me they don’t have to listen to anything I say because I’m not their biological mother and such.

At the end of the day we each need to pick our battles. I’m not saying I’ll never compromise on a deal breaker ever but by now I certainly have enough experience with bad relationships and heartbreak to know that it is easier to dismiss people that don’t meet your requirements at the early stages of dating rather than trying to fit square pegs into round holes only to eventually realise it’s not going to happen. Experience has taught me that trying to ignore deal breakers and finding excuses to convince yourself that one day everything will fall into place just leads to more heartache in the long run. Before you know it you’ve lost a decade of your life to something that was at best a bit of a learning curve.

So I think it’s high time that we were all clear about what we want/don’t want out of a relationship from the get go. That way no one wastes their precious time. As much as I am repulsed at the ‘DTF’ guys I have to admit I can’t hate them because nobody can claim not to know what they were after. Of course, nobody wants to be judged or branded a bad person but can anyone truly hate on a person for being clear about they want and saving innocent people heartbreak in the long term? I think not!

Rinsers what are your thoughts on the matter. Do you think people should be more open about their deal breakers from the outset instead of wasting time dating those they are incompatible with? Do you fear being judged for having opinions that aren’t PC and don’t correlate with those of the majority? Tell us about your approach to your deal breakers in the comments below.