Is there any hope for ‘True Love’ in the Ashley Madison Era ? 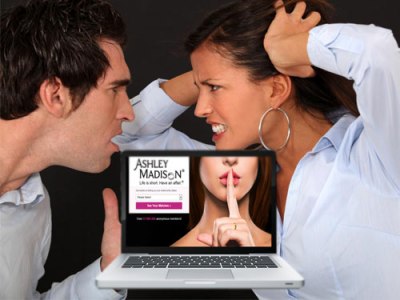 Being a single girl is tough – searching for true love while having to contend with DIY missions, holding down a full time job, kissing frogs, painful beauty treatments, and just generally trying to make light of all the dating disasters we experience. And then something like the Ashley Madison privacy hack rears its ugly head, and one begins to question their faith in humanity and whether this ideal of finding our Prince Charming, popping out kids and moving to the suburbs, is really worth pursuing.

Surely, the fact that we are bombarded with wedding pictures everytime we log onto Facebook, should give us hope that love is all around? Hmmm…Maybe I am a bit cynical but I really do wonder how many of these ‘happy’ marriages will still exist in 10-15 years time? Its somewhat comforting to know that despite being single now, my decision to live in sin wasn’t all that bad when you consider all those married and divorced by 30 types, that we find roaming around. And with tools like Ashley Madison available to us is it really any wonder that marriages/relationships don’t last?

For those of you that have been living under a rock, Ashley Madison is a well-established (it pre-dates Tinder) adultery website with the slogan ‘Life is short. Have an Affair’. I’m not going to waste time debating whether or not the site’s 37 million users should be named and shamed for being a bunch of philanderers, because this has been discussed ad nauseum but this story does make me question what hope there is for a single girl looking for old fashioned romance these days?

Often people say that the situation was different in our parents/grandparents time where folks just settled for someone from their own village instead of chasing some Hollywood notion of ‘true love’. However, although more of these old school marriages lasted longer, I doubt they were as wholesome as we’d like to believe. I mean surely not all 37 million Ashley Madison members are below 35? They are all somebody’s father, mother, uncle, daughter or grandmother. And since prostitution is said to be the world’s oldest profession, some of these cheaters/homewreckers must have been around since the dark ages as well, right?

Still we can’t blame Ashley Madison for the sad state of society today. If a person has the inclination to have an affair, they’ll attract it and yes the internet might make it easier to meet someone else with the same low moral standards,  it certainly can’t be blamed for creating more philanderers. I do think, however, that it does tell us something about human nature and that when exposed to unprecedented levels of choice, people become unwilling to settle for nice/wholesome/bog-standard relationships. It seems there are tonnes of people that would opt for the adrenaline rush (and possible STI) that comes with sneaking around having a clandestine relationship (aka secret sex).

Ultimately though, the success of Ashley Madison highlights that maybe I’m in the minority and not everyone out there is looking for their fairytale ending. However, being an optimist, I’d still say that the existence of ‘more traditional’ sites like OKCupid, Plenty Of Fish and Match.Com prove that there are still a sizeable number of decent folk around looking for something a little more real. So, to all the single gals, let’s keep our chins up and continue searching Prince Charming, because if we give up that’ll be a win for the sad spinsters, heartbreakers and adultering scumbags of this world and we can’t have that.

Now peeps, tell us what you think. Is the world really so full of cheaters? And should the singletons just give up already (and maybe consider joining Ashley Madison to break up a marriage instead)?